The BodyGem indirect calorimeter that was used by Personal Trainers at Bally’s and 24 Hour Fitness, is available from Microlife Medical Home Solutions.

The BodyGem indirect calorimeter was designed by HealtheTech, which was based in Colorado.

HealtheTech had forged relationships with Bally’s, 24 Hour Fitness and other fitness clubs; so that many Personal Trainers were using the RMR device to help their client’s manage their weight more effectively.

Unfortunately, HealtheTech had some financial challenges, and they filed for bankruptcy.

HealtheTech was purchased by Microlife Corporation on August 7, 2006

Due to the closure of HealtheTech, customers such as Bally’s and 24 Hour Fitness had to abandon their use of the BodyGem, and pursue other options.

By the time Microlife had setup their office in Golden, Colorado; and taken over the BodyGem manufacturing, shipping and support; it was too late to reestablish themselves at Bally’s and 24 Hour Fitness, as they had already moved forward with options like the BodyMedia BodyBugg armband, which estimated calories burned and RMR.

If you’re a Personal Trainer who used the BodyGem, it’s still available; and it has been improved.

And Microlife offers an entry-level option called the BodyGem 40 System Kit, for trainers who have a small clientele.

Measuring a client’s RMR with the BodyGem indirect calorimeter gives you a tool to help clients manage their weight more effectively; and to help generate additional income for your Personal Training business.

If a client has hypothyroidism, it can cause them to have a slow metabolism; and that won’t show up when using a RMR formula such as Harris-Benedict or Katch-McArdle.

I wish you the best of health!

Your Clients Weight Management Success Is Just Three Steps Away

3. Empower them to hit their Daily Calorie Budget on a consistent basis.

We can assist you in selecting the best  BodyGem and MedGem System Kit for your unique needs. 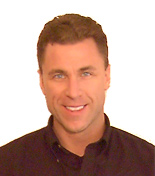 As used on
The Biggest Loser!

Power Up With Advocare Spark 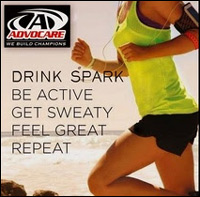